Well it's been a while! I'm not even sure there are still people who read blogs. Are there? Is anyone out there? Helloooooo?

For those who ARE still out there and reading this, I thought I'd give a bit of a run down on what's been happening in my creative world of late. Unfortunately, I've been sworn to secrecy for some projects, so I can't go into too much detail.

Quite a it has been happening actually. The project I've been working on for the past 6 months (yes, the one involving Neil Gaiman) is getting closer to completion. There's still a bit to do, but the end is in sight. That's about all I'm allowed to say about that one!

I'm working on a couple of book covers at the moment, too. One is for Orion Books in London. It's called 'The Grindle Witch' and I'm having a lot of fun with this one. The roughs have just been approved, so I will be onto furious painting now! I'm very happy with the look of the rough, but the real happiness doesn't come until the finishing stages of painting. I can't show anything for that one either at this stage. HAHA!

What I CAN show is a poster I completed for Melbourne's House of Burlesque. They're putting on a live show for the Fringe Festival called 'Pandora's Dolls', and it sounds awesome! 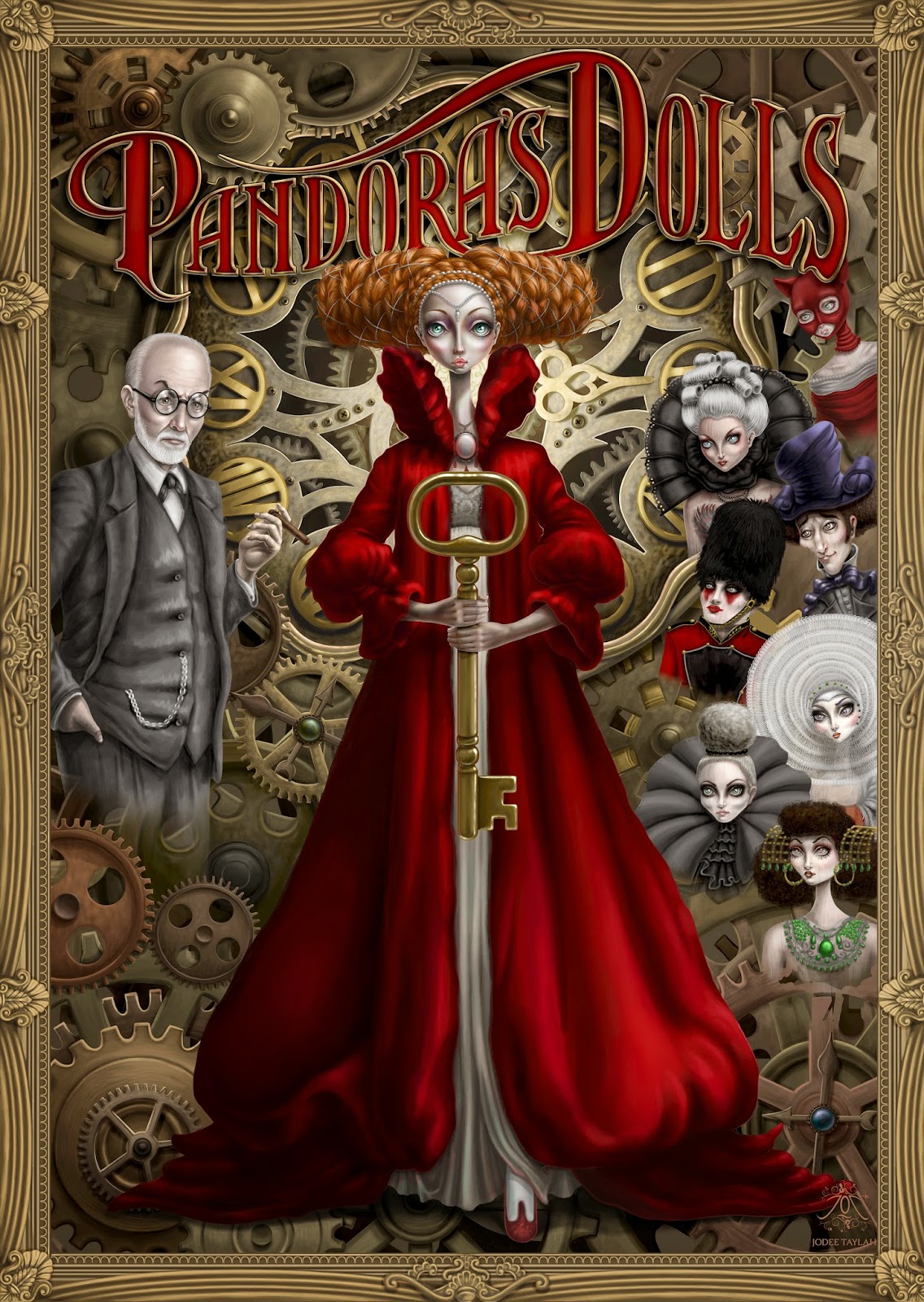 Oh! I'm forgetting the best news of all! Hire an Illustrator, and Little Chimp Society are putting together a show and book of 100 quality illustrator's work, and one of my pieces was chosen out of 1440 others. Hooray! My 'Reaper' will gracing the walls of The Framers Gallery in London next April: 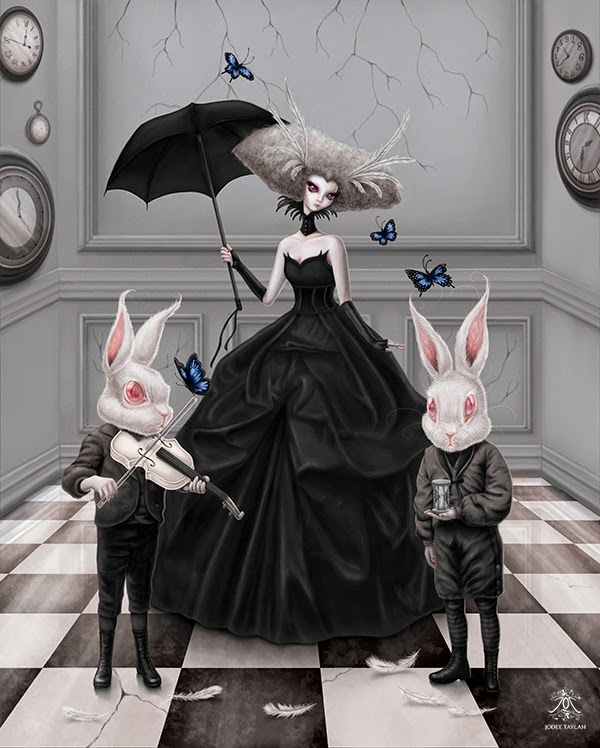 Check out the other illustrators taking part here: http://sc100.co.uk/artists/


Here's hoping I'll make it to London next year for opening!


So, that's what's happening in my world at the moment, along with some other bits and pieces I'll talk about once they're in full swing.

Thanks for reading! Bye! :)

Posted by Jodee Taylah at 10:49 AM No comments: Links to this post

Wow! It's been a while since my last post.

Unfortunately, I haven't had much that I've been able to talk about. I've been working on some top secret projects for clients lately. Hopefully there won't be much longer until I can reveal these new works.

In the meantime, I've had a little bit of time in between client crits to work on some studies. I've also started teaching myself how to use Corel Painter. I've had Painter 11 sitting in my dock for years now with the intentions of learning it 'one day'.  With the release of Painter X3 I thought I'd upgrade and sink my teeth into it.

So far I'm finding the program to be great. I love the range of 'traditional' media and the look that it gives my work. I feel like I'm going back to the time when I was only using traditional media, but it's digital! It's a great combination of a traditional media look, but without the mess. And that's one of the things that I didn't like about using traditional- I loved the look, but hated the mess... and the amount of time it took to mix the colour I wanted, not to mention the waste of paint when I couldn't get the colour 100% correct.

The only bad thing I could say about Painter is sometimes it's a little laggy when using big brushes. It's a lot a fast than Painter 11 though, I must say! Although I don't think I will ever give up on Photoshop completely, Painter has definitely become my tool of choice.

So, here's my first attempt at using Painter. A colour study using digital oil paints- photo ref by ioulex.com (with some differences). 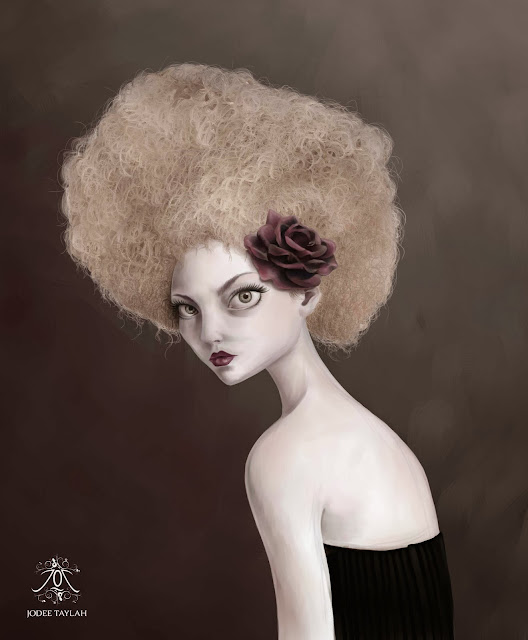 Posted by Jodee Taylah at 5:29 PM No comments: Links to this post

Toy to the World! 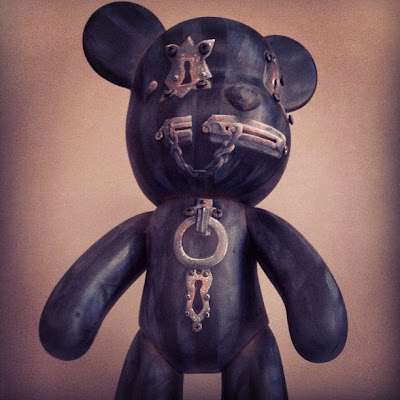 This coming Tuesday will be the launch of the Toy to the World Exhibition and Auction, where dozens of vinyl bears have been hand-painted by both local and international artists.

This is my bear above.

If you're in Melbourne over the next couple of weeks make sure you come and check out the show.

Details of the Toy to the World Project (taken from Facebook event page RSVP here!

PENCILNECK PRODUCTIONS in partnership with MIDSUMMA present the

TOY TO THE WORLD PROJECT returns for the second time with artists from around Australia and the globe making their mark on our toy. Entries from almost 100 artists will go up for auction to help fund Victorian HIV research.
Exhibition opening will feature DJs KittyKat and Tom Showtime laying down the beats while the bar tops up the bubbles and the bidding begins! Auction bids will be updated via Facebook after the opening night so you can keep an eye one your bid!FEAT entires from artists: NANOU + OHNOES + KAITLIN BECKETT + IPSUM + DEV RAVENGA + MOO + DEAN SWANTON + RAN + PESKY + RUSKIDD + DIRTFISH + ALMO + BRENTON SEE + DAVE BEHRENS + AARON TORRENCE + RX + ANTONIA GLAVIC + RUFIS + FLICK + PODS SICKTHINGS + ART HOLES COLLECTIVE + JACK JETSON + RUIN CREATIVE COLLECTIVE + SIX YEARS LATER / CHASING GHOSTS + and many many more!The TOY TO THE WORLD PROJECT is made possible entirely by donations of artists, pledges of support from public, friends and family, and support of our sponsors, Kist3, PurpleMonky, Villain Store, DJ Warehouse, Eckersley's, Desktop Magazine, and Whirlwind Print.
Facebook event page: http://www.facebook.com/events/538752276135021/?ref=2
Posted by Jodee Taylah at 2:26 PM No comments: Links to this post 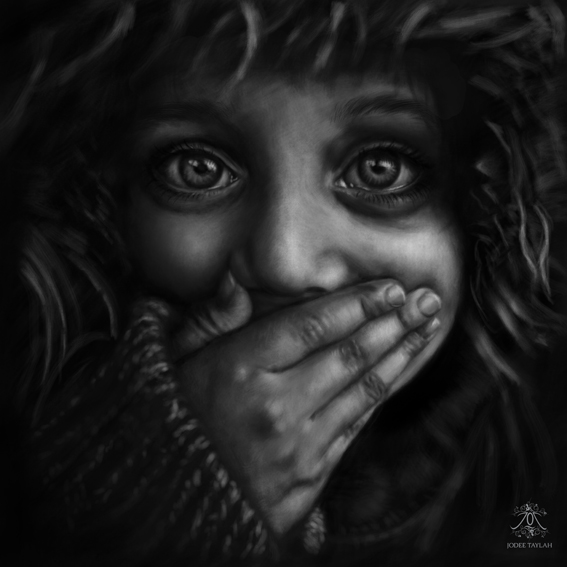 With 2012 coming to an end, it's time to start planning for the new year ahead. 2013 brings a brand new class of teaching the new NMIT students digital painting. I'm really excited about teaching this new class, and have started furiously designing lesson plans.

Above is an example of one of the projects I'm thinking about setting my new students: black and white portraits from a photograph using custom brushes. This example is painted from a photograph taken by professional photographer Lee Jeffries (http://leejeffries.500px.com/). I've used custom oil painting brushes.

I really enjoyed doing this painting, and I'm hoping that my new students will too!
Posted by Jodee Taylah at 10:02 PM No comments: Links to this post

'Lady With a Mask' speed painting...


Here's a speed painting I did for you guys. I hope you like it. :)

I'll be doing some more of these in the future since now I know how to record my Mac screen. :)
Posted by Jodee Taylah at 9:06 PM No comments: Links to this post

In under a week's time I will be unveiling two new pieces as part of this awesome show in Melbourne. I've been working very hard, and am very happy how these works have finished up. If all goes to plan, I'll also have some copies of Children of the In-between up for sale on opening night!

Centred around the theme of monsters, creatures and all things creepy, this show is going to showcase work from 25 Melbourne illustrators... and it's going to be awesome!

Creature Feature will run from September 3rd - September 17.
Opening night will be September 6 from 6 - 9pm, possibly with some form of monstrous entertainment and stuff for sale.

I hope to see you there!

For more info about the show see creature-feature-exhibition.tumblr.com/
Posted by Jodee Taylah at 6:18 PM No comments: Links to this post

A great reference for writers...

Ok, so, I don't usually link-bomb, but this site is worth it if you're a writer. This is a great resource!

'My Perfect Pitch' is run by author Brian Grove, who has spent, what seems like, many hours compiling an insane database of publishers. And, these are publishers who are CURRENTLY accepting submissions, and covers all genres. The site doesn't contain any self-publishing or vanity companies, and is a genuinely FREE resource.

There is also a heap of information about the writing process and how to go about getting your book published. Brian has put so much work into this site to share his expertise with US! So, thank you, Brian. :)

http://myperfectpitch.com/
Posted by Jodee Taylah at 11:46 AM No comments: Links to this post

'Children of the In-between' new release! 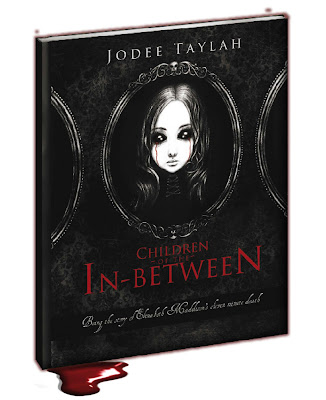 'Children of the In-between' is now available for order through your bookstore WORLDWIDE! Yep, my debut book has now gone international.
It's also available online pretty much everywhere, but I've put some links below. Fishpond and Book Depository have FREE shipping worldwide. ;)

Posted by Jodee Taylah at 11:44 PM Links to this post

The lovelies of Kitten D'Amour sent me this little gem of a photo. One of their kittens loved this design so much that she had it tattooed on her leg. I love it when this happens! :) 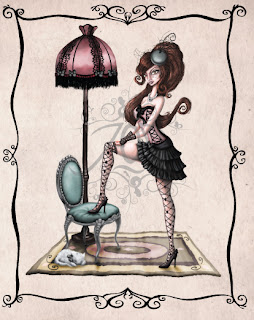 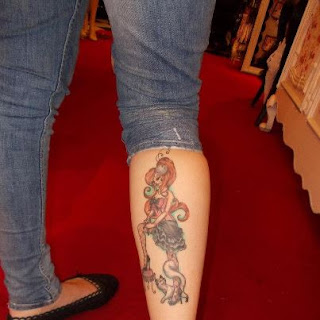 My followers will remember this design from a previous post. This way a character I created for Kitten D'Amour's stocking boxes. They're a great team to work for and their clothing designs are superb. Check them out! http://kittendamour.com. They are yet to open a boutique in Melbourne yet, but hopefully it shouldn't be too far away. :)
Posted by Jodee Taylah at 10:34 PM Links to this post 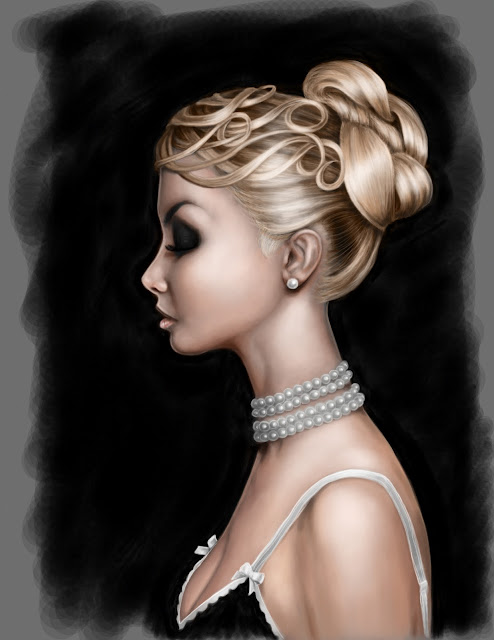 This is a little painting I did for digital painting practice- a tone and colour study. I was really interested in this because of the unusual hair style. I'd like to try some more unusual hair in the future. It was very good practice!
Done in Photoshop. Photo reference used.
Posted by Jodee Taylah at 1:03 PM Links to this post

Promote Your Page Too

Jodee Taylah
MELBOURNE, VIC, Australia
Jodee Taylah has been drawing since she could hold a pencil, and writing stories since she knew how to spell. Her love of art has developed consistently throughout her life and Jodee continues to grow as a creative.  Over the years Jodee has developed a certain gothic flavour to her work, drawing her inspiration from creatives such as Tim Burton, Neil Gaiman and Gris Grimly. Her illustration style and techniques have attracted recognition by the industry gaining Jodee several award nominations and many opportunities.Jodee has gained awards in 'illustration excellence' and nominations for 'emerging talent' awards. In 2010, her work was personally recognised by Tim Burton as part of his exhibition in Melbourne – an award that Jodee regards highly. Jodee Taylah now lives in Melbourne where she works as an illustrator, and does some illustration teaching. Her work has been described as 'quirky' and 'beautifully twisted'. 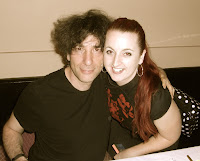 Me with the amazing Neil Gaiman 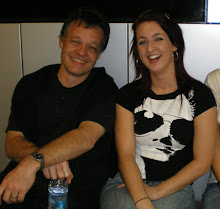 Meeting one of my idols at the Pixar Exhibition in Melbourne